Beyond Ebola – Health workers on the frontline 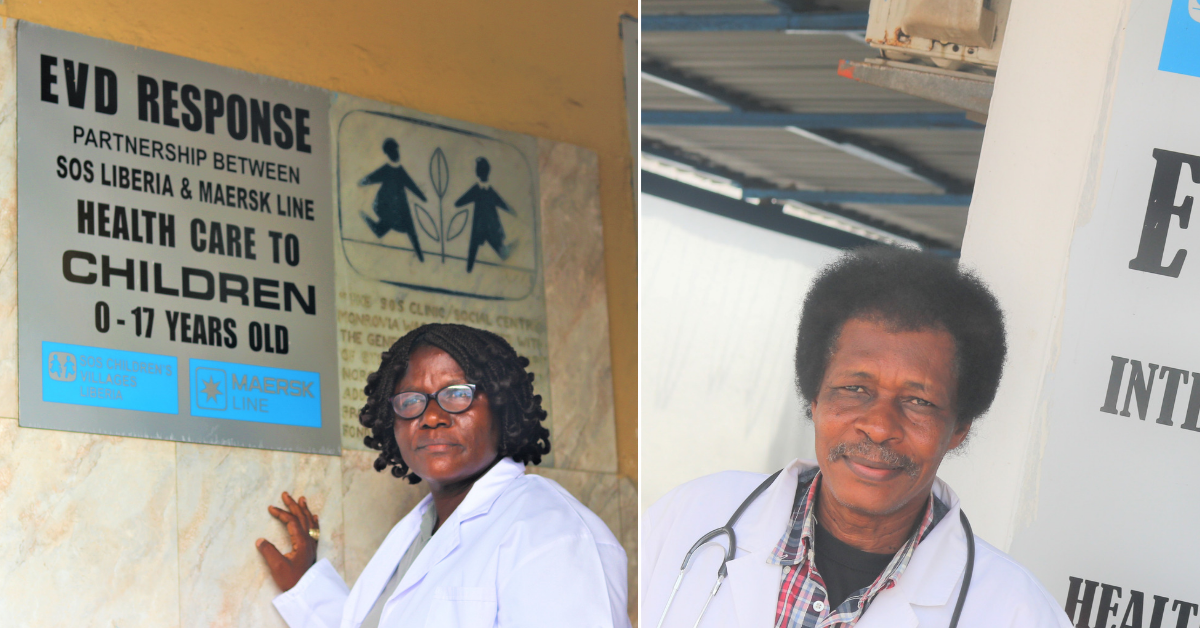 It has been three years since the end of the Ebola outbreak that spread across Sierra Leone, Guinea and Liberia in West Africa between 2014 and 2016, claiming the lives of more than 11,000 people and affecting thousands more.

The epidemic was about more than Ebola itself. It showed how weak health systems with insufficient health workers render a country unable to respond to emerging needs – such as an epidemic – and can spiral into a severe humanitarian crisis. Ebola could devastate faster because of poor hygiene and sanitation. Moreover, because of poor hygiene and sanitation, health workers in Liberia are still “on the frontlines”.

“In Liberia, most public health infrastructures are very poor. You have ministries with almost 400 employees, but no place to relieve themselves or simply no working toilets. Improper hygiene and sanitation, these are the problems we had before Ebola and that we still consider major challenges today,” says Dr James D. Lewis who heads the SOS Children’s Villages medical centre in Monrovia, Liberia’s capital.

“Because we have always followed the protocols for protecting ourselves, the SOS clinic was a low-risk area so there wasn’t a vast amount of patients who died here. Still, it was devastating. Too many people died, including people that were really contributing to a better health system,” he adds.

Located a few hundred metres from the German embassy in Congo Town, Monrovia, the SOS medical centre is a well-known institution that ranks among the top health care facilities in the country.

The SOS medical centre started as a small clinic in 2003, right in the centre of the SOS Children’s Village in Monrovia – in a classroom to be more specific – just as the Second Liberian Civil War was in its last violent moments. At the time, most people from around the village took refuge in the SOS compound. This was a small clinic, mostly providing health care to children in SOS family care, but after the war, people from the neighbourhood went there to get treatment. Not long after the place became too small to accommodate everyone and in 2004, the SOS medical centre was established in Congo Town.

“Then, most common illnesses patients came here to get treatment for ranged from malaria, typhoid fever, heart infections or diabetes,” says SOS head nurse, Evan-Lin Wonlue. Evan-Lin was working full time during the Ebola outbreak; the SOS clinic being the only health facility that was open to the public throughout the epidemic.

During the outbreak, each day brought a new set of challenges for the health workers, accustomed to providing basic health services. “Times were difficult, but our supervisors kept pushing for everyone every morning to come to work,” says Patrick B. Cole, a young man in his late twenties who worked in the morgue section of the hospital during the outbreak. “We would dress in our personal protection equipment – known as PPE – and consider every patient that entered the medical centre a potential Ebola patient. For every move we made, we would change our protective gear, item by item, and dispose of it in a burning pit. We had to remain vigilant until Ebola was over,” he adds.

Days were intense and psychologically exhausting. Fear was palpable and deep mistrust inhibited early engagement and communication about the threat of Ebola. Families were reluctant to hand over their relatives to any treatment or medical centre with staff wearing masks and PPE suits. This was particularly true when there was a high likelihood of never seeing their loved ones or their bodies again.

With so much mistrust in the air, health workers quickly became prime suspects of the spread of the disease. Equipped with yellow protective equipment from head to toe, safety goggles and a mask, health workers working on the frontline at the SOS medical centre or at one of the more specialised Ebola Treatment Units, such as the one set up by Médecins Sans Frontières (MSF), were hard to miss.

“If you were a health worker and had to ride on a public bus or taxi… when people would see you coming, they would move away from you. I mean that was obvious. Health workers were kind of stigmatised. People were afraid of us,” says Dr Lewis.

The SOS medical centre also lost a member of its team to Ebola. Another was infected.

Klubo F. Mulbah, SOS physician assistant, is an Ebola survivor after being infected herself. Admitted to MSF’s Ebola Treatment Unit soon after infection, Klubo still used her phone on a daily basis to provide counselling to her patients, community workers and family as she was fighting for her life. “This work kept me going,” she says. “I’m here to save lives.”

Fragile states like Liberia, where a government struggles to deliver basic services to the majority of its people, present massive challenges in safeguarding health. In times of crisis, dedicated health workers hold the line.

According to the World Health Organization’s Global Health Observatory (GHO) data, in 2015 and mid-Ebola, Liberia’s density of physicians reached 176 for a population of almost 4.8 million.

“Ebola told us that illness is universal but access to care is not, and that has to change. All we need are resources and commitment to boost community systems for an effective health response,” says Dr Lewis.