SOS Liberia and Partners Campaign To End Violence Against Children 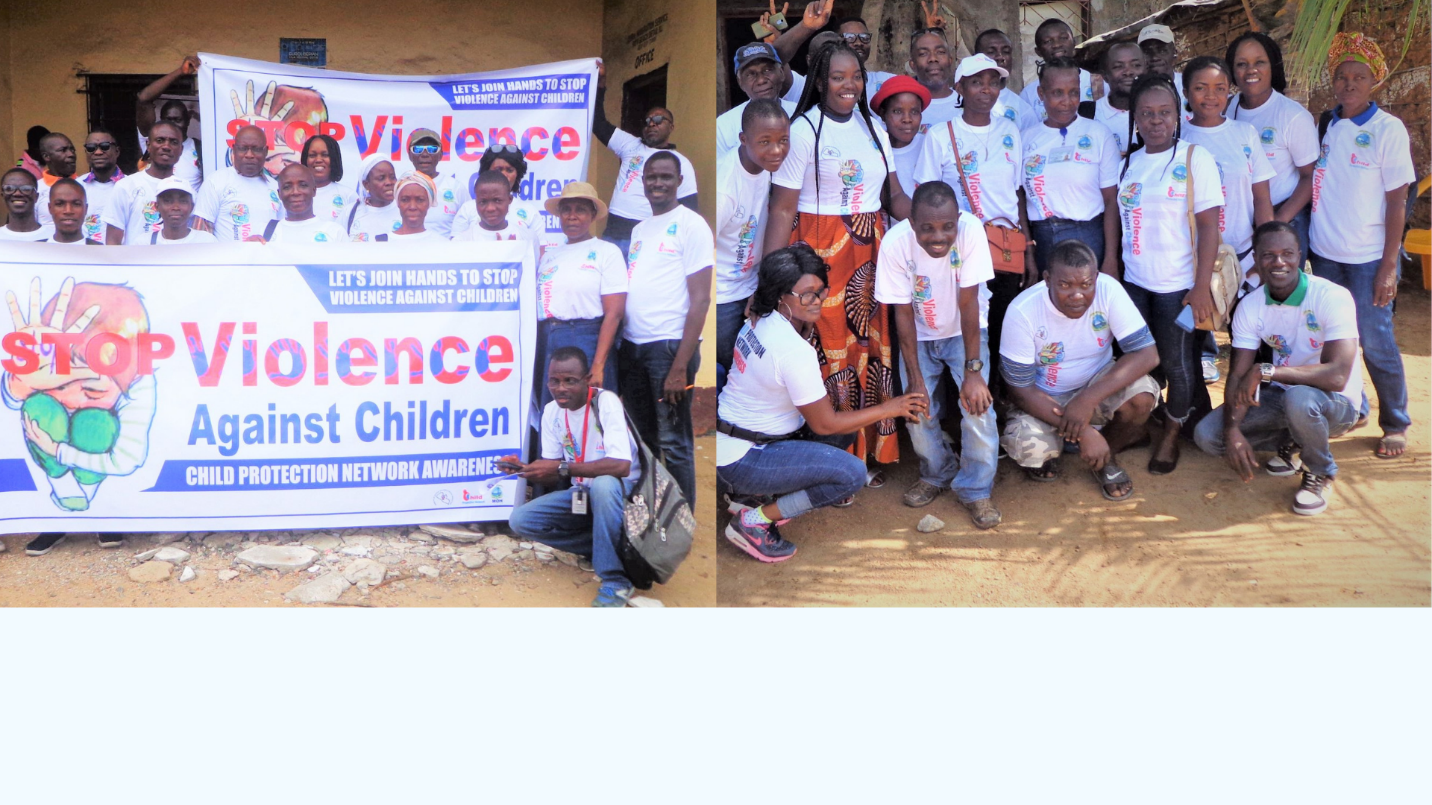 Monrovia, June 4-SOS Liberia and other stakeholders embarked on a three Days awareness campaign to end violence against children. The campaign was launched in Monrovia on the 29th of May 2019 under the theme “Let’s join hands together to stop violence Against Children.”

The awareness was a multi-stakeholder campaign to End Violence Against Children.  SOS Liberia was one of the lead campaigner.

For SOS Children’s Villages, 2019 is an historic opportunity to accelerate more and better action to protect children.  Currently SOS Liberia is taking a partnership approach and is working to build momentum, bring partners on board, and capitalize on the great work already being done to protect children. SOS Liberia exploring ways of collaborating to build momentum through advocacy for the protection of children.

It can be recalled last month, forging Partnership for Quality Child Care, SOS Children’s Villages Liberia has provided a number of working materials to the Liberian National Children’s Representative Forum (LNCRF) to help boost its capacity to represent and advocate on issues affecting Liberian children.

The recent three days campaign includes organizations from child protection sector and other stakeholders– uniting their voices, actions and resources in a unique collaboration focused solely on ending violence against children.

The group under the banner Child protection Network of Liberia, of which SOS Liberia is an active member indicated that the awareness is part of this year’s organizing framework in observance of 2019 Day of the African Child (DAC).

“No development can be achieved as long as children continue to suffer from violence” said Maminah Carr, Assistant Minister at the Ministry of Gender, Children, & Social Protection (MoGCSP).

The group noted that a successful and sustainable child protection requires partnerships between governments, stakeholders and the children. The group maintained that inclusive partnerships built upon trust, commitment and shared goals that place children at the centre, of development are needed at the local and national level.

Assistant Minister Carr added “we are making our case that ending violence against children is not just the right thing to do. It’s also a civilized thing to do in any society.”

Echoing these sentiments, SOS Liberia Child Protection Advisor said “we are deeply aware of the pain caused to victim of child abuse, especially at the hands of those who supposed to be trustworthy. We join forces with other recognised stakeholders to protect and promote child rights.”

As part of the Sustainable future for children, SOS Liberia works with partners and states to achieve the SDG targets with the greatest impact for disadvantaged children and young people.

SOS Liberia is committed to working for and with children who have lost, or risk losing, parental care. According to the organization these children are particularly vulnerable to suffering injustice and often miss out on their basic rights as children. The organization believes quality care for children sets the stage for the future development of individuals and societies.

With almost 38of partnering with the government to ensure that children’s rights are met, SOS Liberia is committed to taking action to contribute to building a sustainable future for children.

For SOS Liberia every child deserves to be safe and secure everywhere. Ending violence against children and other forms of abuse requires coordinated efforts at multiple levels. To help respond to the changing needs in the communities where SOS works, the organisation strategy for the next decade is to ensure the best care of children, and unite more partners so that no child grows up alone.