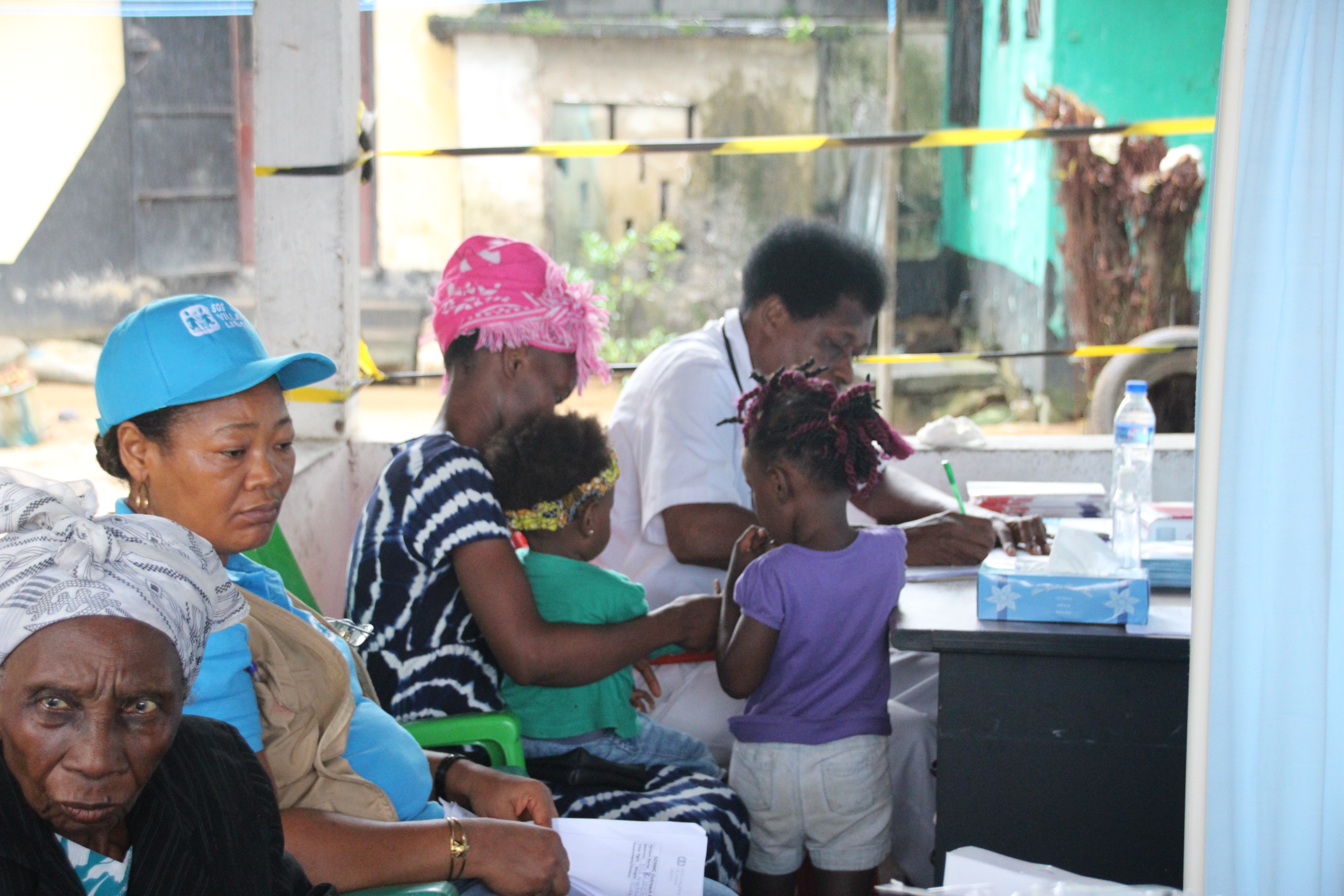 Eighteen percent of deaths in Liberia slum communities are related to illnesses caused by preventable diseases caused by poor water and sanitation. Illnesses such as malaria, diarrhea, and cholera – according to a 2008 World Health Organization report account for half of the deaths. Children are the one mostly at risk.

Nearly seventy percent of the population in Monrovia are living at risk of flooding from the sea, swampland and clogged drainage system. During the flood period, children are unable to leave their homes to attend school nor is there a space to sit nor play, while the parents have to walk through unhygienic floods in search of food.

According to Dr. Lewis, Head of the SOS Medical Centre, families particularly children and women, are hit by cases of malaria, diarrhea, and cholera – all worsened by these waters. Waste and sanitation services are limited, increasing these threats. Few shared latrines exist in these communities, leaving more than fifty percent of residents to practice open defecation in locations exposed to flood.

“There are no sources of clean drinking water and extremely restricted mobility restricts waste collection and emergency access. During one of our community engagements, Fatu Konneh, mother of three described her family’s four days displacement from their home due to high water levels as people living in displaced camps,” says Dr. Lewis.

Fatu Konneh lives in Duduville, about 5 km from SOS Children’s Village Monrovia, a home to about 10,000 people who lives in shacks jammed together and built of old rusted zinc.

The 36-year-old mother of three spends hours every day filtering muddy brown water from the well for drinking, cooking and washing as well. “The community do not have pump, therefore we rely on wells. But many of the wells can be flooded rainy season,” says Fatu.

According to the last official census, 1.1 million people lived in Montserrado County, which is the most populous county and home to the capital, Monrovia.  Over half of the county population lives in lowland and shanty areas, this neglected population has become a major reservoir for a wide spectrum of health conditions that the health sector must deal with.

*Futu Konneh is not the real name (for privacy)