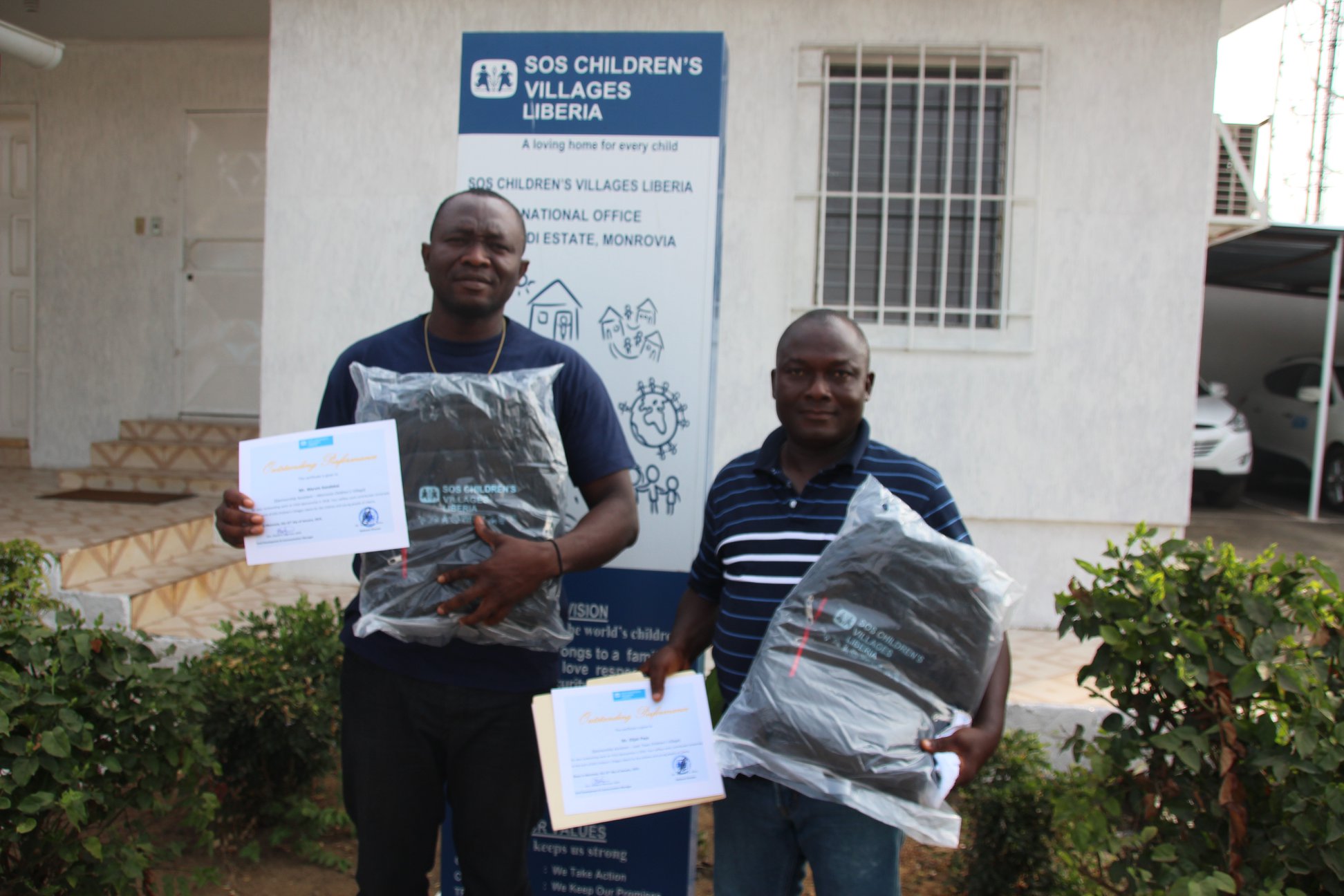 The results indicate that MA Liberia got one of the best performances in the region of West and Central Africa (WCAF). Indeed, SOS Liberia made significant gains in international sponsorship and was amongst the best performers in WCAF along with Cameroon with the score of 89%. This score also puts SOS Liberia above both the regional and global average. Countries such as DR Congo, and Cote d’Ivoire scored 88%, Benin 87%, and at the end of the spectrum, we have Chad 67%, Guinea Bissau 57% and Gambia 54%.

The National Director of SOS Liberia, Mr. Augustine A. Allieu congratulated the team at a brief recognition event held during the January 2019 National Management Team (NMT) meeting. He called on the team to continue the good work The ND made the comment when he presented certificates of appreciation and branded book bags to the sponsorship team members for the job well-done. In addition, the ND promised to continually support the work of sponsorship, even more.

For the second year running, SOS Liberia is among the top best performing countries in WCAF region. It can be recalled that last year SOS Liberia ranked second behind Benin.

Strong organizational commitment, team work, timely departure of letters, timely responding to inquiries and high levels of individual commitments, all contributed to this performance by the SOS Liberia Sponsorship team. Indeed, long term strategic investments in MAs like SOS Liberia are steadily beginning to pay off.