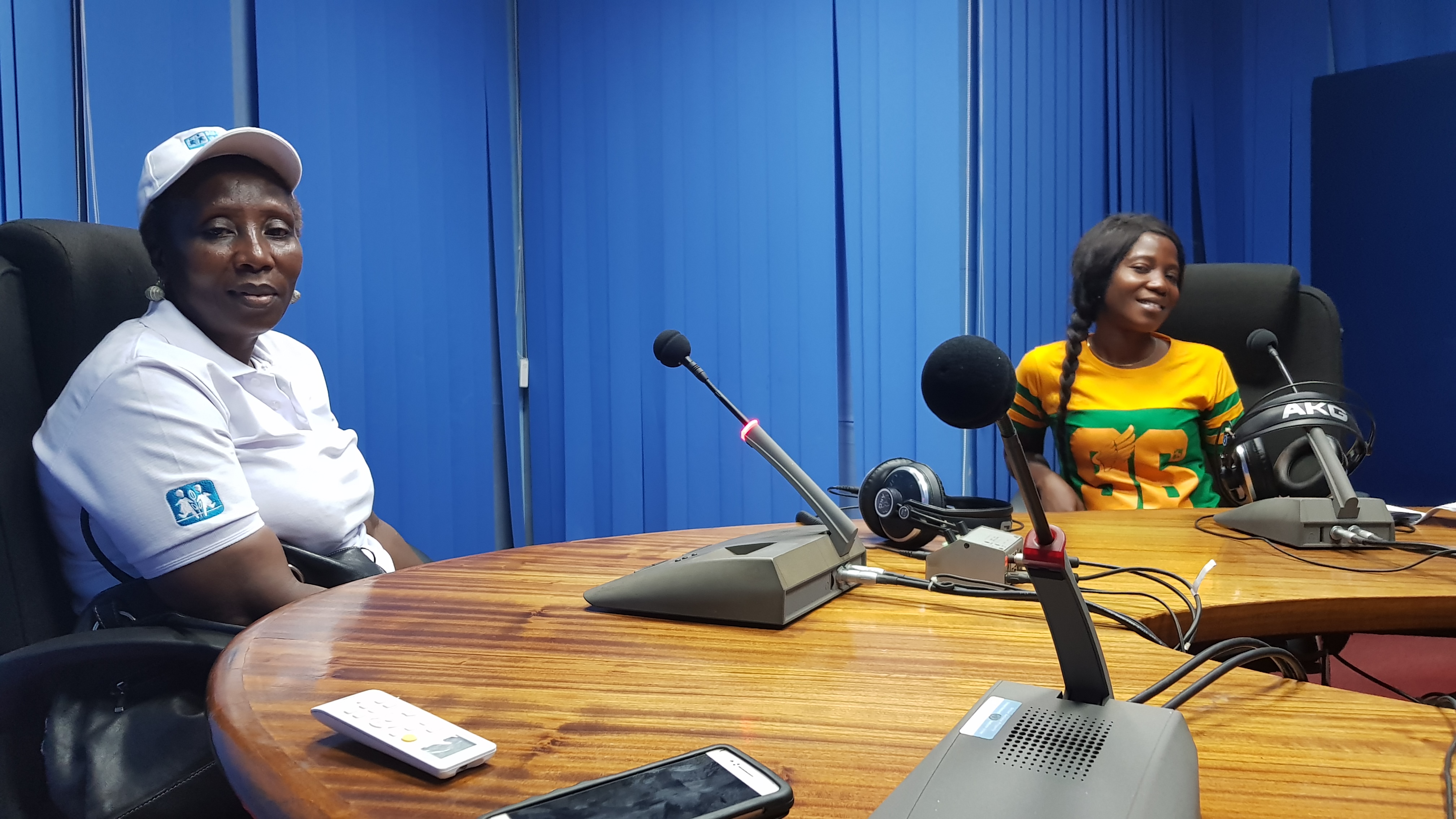 As part of the celebration of the IWD, Miss Salome Dennis former SOS Youth and Mother Jebeh of SOS Children’s Villages Monrovia took the airwaves on the International Women’s Day to discuss issues affecting women.

“In a man dominate society, it is difficult to succeed as woman, especially giving the constraints” said Salome. She thanked SOS Children’s Villages for the opportunity given to less fortunate in society. Salome lamented that there are many females like her that do not have the opportunity to live their dream, because the enabling environment is not created. “I am so glad for the support and opportunities given to me by SOS Children’s Villages Liberia” she said.

Salome and mother Jebeh made the statement when the both appeared on ECOWAS radio on International Women’s Day.

“We can make the difference by the little contribution we make to society. When you are giving the chance to serve, serve well” Said Mother Jebeh. She urged women to defeat those vices that keep them from making progress.

“Today, we are more conscious of our rights to social and economic inclusion. We can make significant contributions when we sit side-by-side with our male counterpart” Said mother Jebeh.

There are many issues that women are faced with in society that were never considered National issues, but norms of the society and community. The orientation of our society, especially African are some of the major causes of women marginalization, discrimination, social exclusion and human rights abuse.

It is in recognition of these rights that issues are identified in order to correct the wrongs and rebuild Liberia for sustainable development.

Some of the prevalent issues that are of grave concern for Liberia women and other women around the globe are; Gender Based Violence (GBV), Sexual exploitation, rape, as well as harmful cultural practices such as FGM.

Liberian woman have felt the raft of brutality and the of woes crisis over the years, even unto death. Their sufferings are untold, their numerous contributions, yet not recorded.

This year’s International Women’s Day (IWD) celebration, women used every channels to raised their voices and advance their agenda toward gender equality and empowerment, particularly in the areas of social protection and access to public services.

SOS Children’s Villages Liberia is committed to empowering young people, ensuring they have the opportunities, support and confidence to achieve their dreams.

Through its media program, SOS Liberia used IWD to champion Women’s Agenda. Spreading the message of positive change, a change that will transform the well-being of young people woman.

“Women should be treated equally at the workplace, in schools, and every professional environment”, said Mr. Augustine A. Allieu, SOS Liberia National Director. He noted that women should also take control of their careers and adapt to the ever changing work environment. Mr. Allieu hailed SOS mother and female staff for working assiduously towards the progress of SOS Children’s Villages Liberia. Adding “women are making great impact everywhere and every day”. He noted that the full realization of these efforts requires a considerable commitment from society, development partners and government.

@ For privacy the Salome and Jebeh are not their real name.