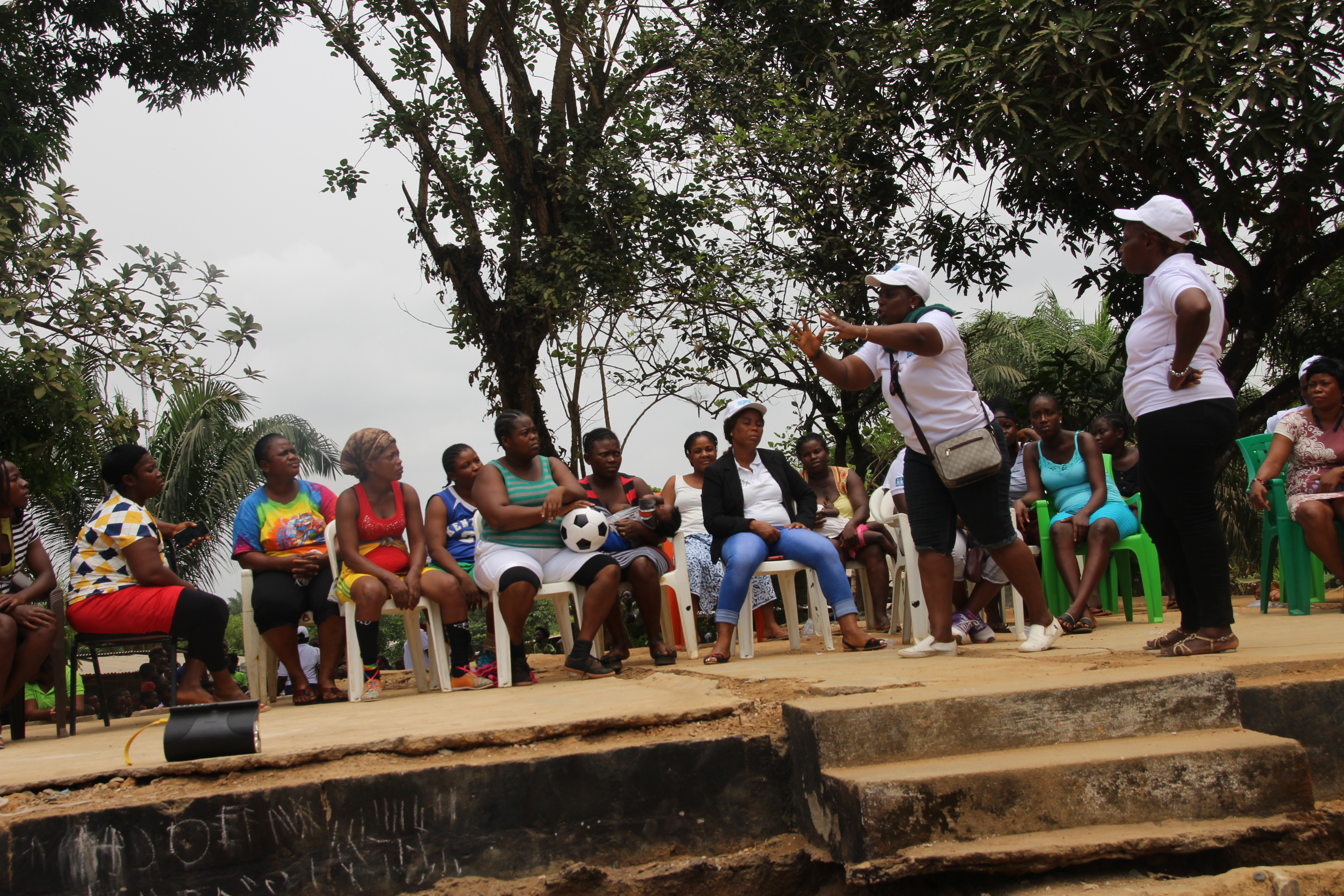 SOS Mothers of the SOS Children’s Village Monrovia celebrated with residents of the VOA community in commemoration of the International Women’s Day. The mothers at the same time used the occasion to teach residents, specifically women of the community good parenting, child care and healthy living skills.

“The minds of women need to be transformed, because our survival as women depends on our ability to adapt to new environment and to new mindsets, “Mother Ruth Blamah said.

She made the statement on Saturday, March 9, 2019 in Monrovia during program marking the celebration of this year’s International Women’s Day (IWD). The program was held under the theme, “Think Equal, Build Smart, and Innovate for Change.”

Mother Ruth said women must see their children as treasures and the future of a society. Adding that “children should be cared for and provided with a loving home”. She noted, “Parents, let us keep fighting our challenges, because we have a lot of issues to address as parents”.

Mother Ruthie Kantan, the Mother Speaker of the SOS Children’s Village Monrovia told the residents of VOA that women should learn skills that will enable them to contribute not only to their family but their community as well. She maintained that “women should be partners to men, and not a women who will sit home and wait for everything”.

This year’s celebration was also characterized by honors being bestowed on some women and the recognition of adolescent girls. TOTAL Liberia employees under the banner of TWICE invited five outstanding students of the SOS-Hermann Gmeiner International School to participate and lunch the TOTAL TWICE Liberia chapter.

The Total Women’s Initiative for Communication and Exchange (TWICE) is the largest Group-wide network, with 3,000 members spread across 19 local networks in Europe (including five in France), Africa, Asia and the United States. TWICE is open to all women at Total regardless of their status.

The Liberia chapter was lunch on March 8 this year in commemoration of the IWD 2019 at TOTAL Liberia Headquarters. TOTAL Liberia is a subsidiary of TOTAL S.A. Group, which is the fifth largest Oil and Gas Company in the World, operating in about 130 countries on five continents.

Speaking at the TWICE lunched, student Torwon M. Wei of the SOS Hermann Gmeiner School, one of the five students invited; called on the Management of TOTAL Liberia to encourage female participation in decision making. “In a special way, we appeal to the management for gender balance at managerial level. As it is mentioned, TOTAL Liberia takes pride in uplifting women and young adolescent very serious” Student Torwon said.

She thanked the management for the recognition of the International Women’s Day. Noting that “the significance of this day, is that it serves as reminder of the discrimination and inequality that still continues in our society.” Adding “we thanked the hard-working and brave women of Liberia, who fought and still fighting for women’s rights”.

Former Chief Justice Cllr. Gloria M. Scott urged women to develop the culture of productivity. She noted that when women are given the opportunity to work, let their light shine. She told the women who attended the TWICE program not to be mad at men because they are feminist. “Women can achieve without fighting men. Women should work with man to champion the cause of females” Said Cllr. Scott. The former Chief Justice said “how do woman make the decision if they are not on the decision table. As women who climbed the corporate ladder, do we look to hold someone’s hands and take them up or you step on them”, she concluded.