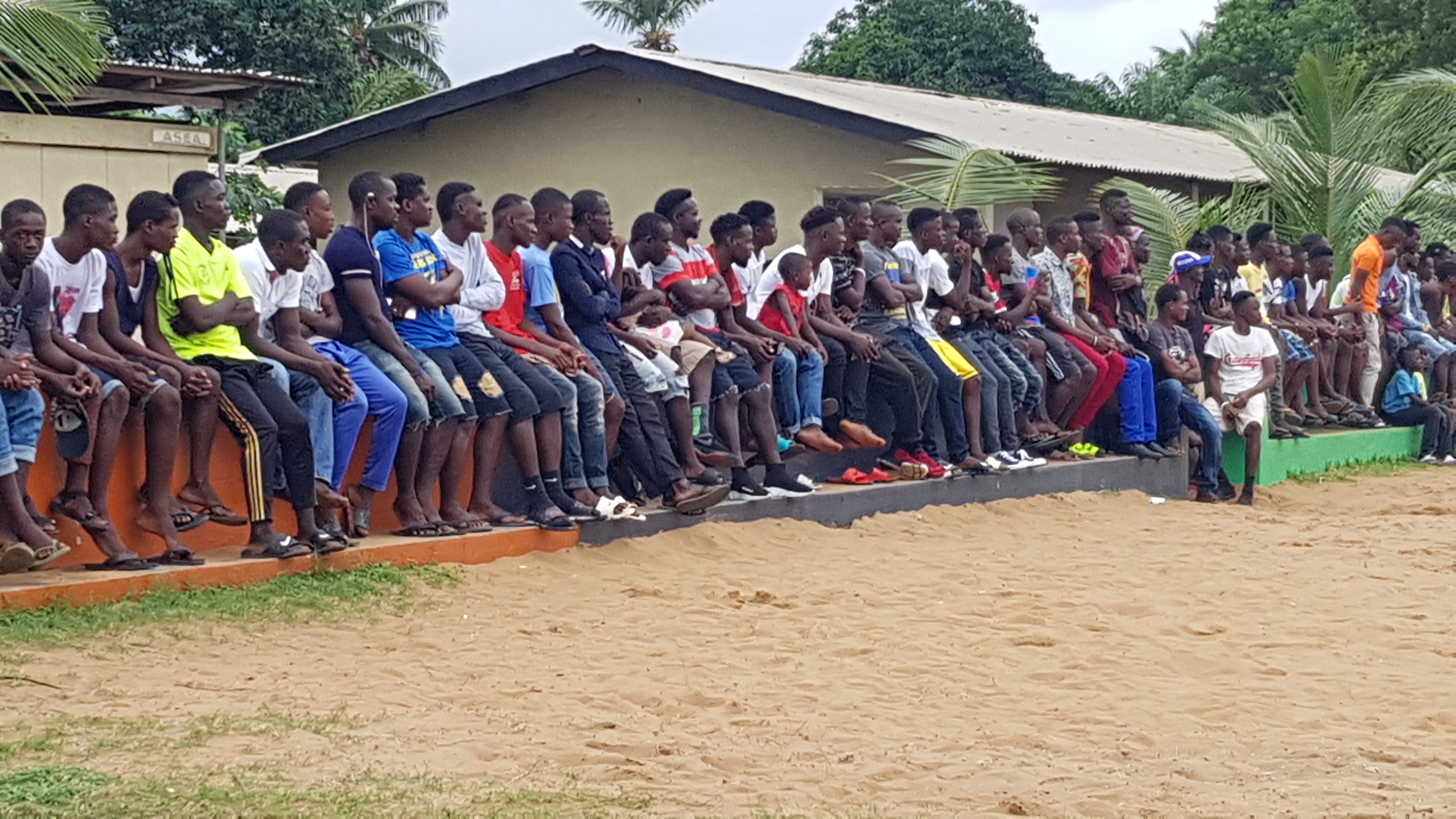 Monrovia, Liberia – August 19, 2019-SOS Children’s Village Monrovia, together with youth of Matadi organized Football six weeks Tournament for youth of Matadi. The tournament is an annual event which has been going on for over 3 years now. This year event under the banner “Who Owns Matadi” was jointly sponsored by SOS Children’s Villages Liberia and the community residents.

The tournament has brought forth new talents in sport and has helped to mobilize thousands of young people in healthy sports activities. The tournament aims at significantly contributing to the promotion of unity and prevention of harmful habits in particular alcohol and drug abuse among youth in Liberia.

Where politics has failed, sports have on countless occasions succeeded in not only bringing development, but also fostered peace and national cohesion. The tournament brought together youth and community leaders from 24 of Matadi Communities, thus promoting dialogue and a peaceful society.

There has been countless times when politics have instigated the worse forms of violence with many leading to injuries, blood share and damaged of property, but there is not a single example of war perpetrated by sport in recent memory.

SOS Children’s Villages Liberia National Director, Mr. Augustine A. Allieu said in his message to the organizers and participants, “this sport is an excellent example of how young people can work together to achieve a shared objective – the promotion of a peaceful society and drug free youth in Liberia”.

In Liberia sport is, in essence, the only language understood by everyone and has a huge social as well as educational impact: sports activities promote interaction, tolerance and the spirit of fair play.

“If young people learn through sport to respect each other and settle your differences you will serve as role model to others and contribute to a better society. Let not our focus be only football, let also raise public awareness about social issues like sexual abuse, drug abuse, rape and reconciliation,” Mr. Allieu noted.

Little Saye is being tested in the medical lab of SOS Liberia Hospital on the Wheels in Fanti Town, New Matadi

It can be recalled SOS Children’s Villages Liberia recently launched its first Community-Based Health Outreach program known as Hospital on the wheel (HOW) project. The project seeks to benefit over 11,000 less fortunate. The goal is to make available quality healthcare services to the most vulnerable communities in Monrovia.

According to Dr. Lewis, the process which began at the old Matadi community will continue to other communities within Montserrado County. The SOS Medical team treats cases such as malaria, diabetes, typhoid, and other sicknesses as well as educate people on the prevention of malaria and other diseases.

Meanwhile, the Chairman of the Old Matadi Estate Community, Mr. Kemoh Sherrif, lauded the SOS Children’s Village for launching the program in their community. He noted that it is the first time for a medical team to provide healthcare directly in his community.

Meanwhile, SOS National Director Mr. Augustine A. Allieu encouraged all residents in the community to take advantage of the opportunity.

SOS Children’s Villages Liberia and other partners have made rapid strides in the health sector in Liberia. Nevertheless, various eye-opening data clearly indicate that access to quality healthcare for the less fortunate still remains a challenge.