LIBERIA: The story of Theresa, a fully Resettled Youth 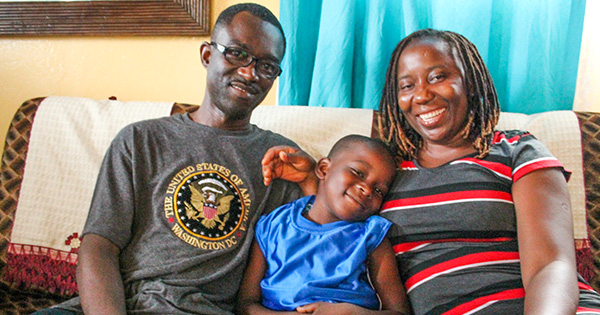 While it costs money and takes huge bits of time, effort and energy in running a village facility; the real issue is the excitement and the gratification that comes after the job is done.

Theresa was born into a poor, unstable family in an impoverished farming village in northern Liberia. Her father abandoned the family shortly after she was born, and her mother, who was unprepared for the role of breadwinner that was foisted upon her, was unable to provide even the basic necessities for her.

In 1982 at age six, Theresa with her younger, biological sister was brought to the SOS Village in Monrovia, which was opened just a year earlier. Theresa overcame the incredible odds she faced as a child. Today, she has two bachelor’s degrees in Management and Planning. She currently works as a senior budget Director at the Ministry of Finance & Development Planning for the Liberian government. She is happily married with one biological son and several adopted children. She owns five homes and one acre of land.

Today Theresa is grateful to SOS Children’s Villages that give life to less fortunate children all around the world, including herself. “My life was going to be like that of any other indigenous farmer in Liberia, maybe with lots of unhealthy children, living in abject poverty, which would lead to early death,” Theresa lamented. She noted that “I am now living an independent and successful life.”

Theresa and her husband are helping many children to go to school and provide some basic needs for them.