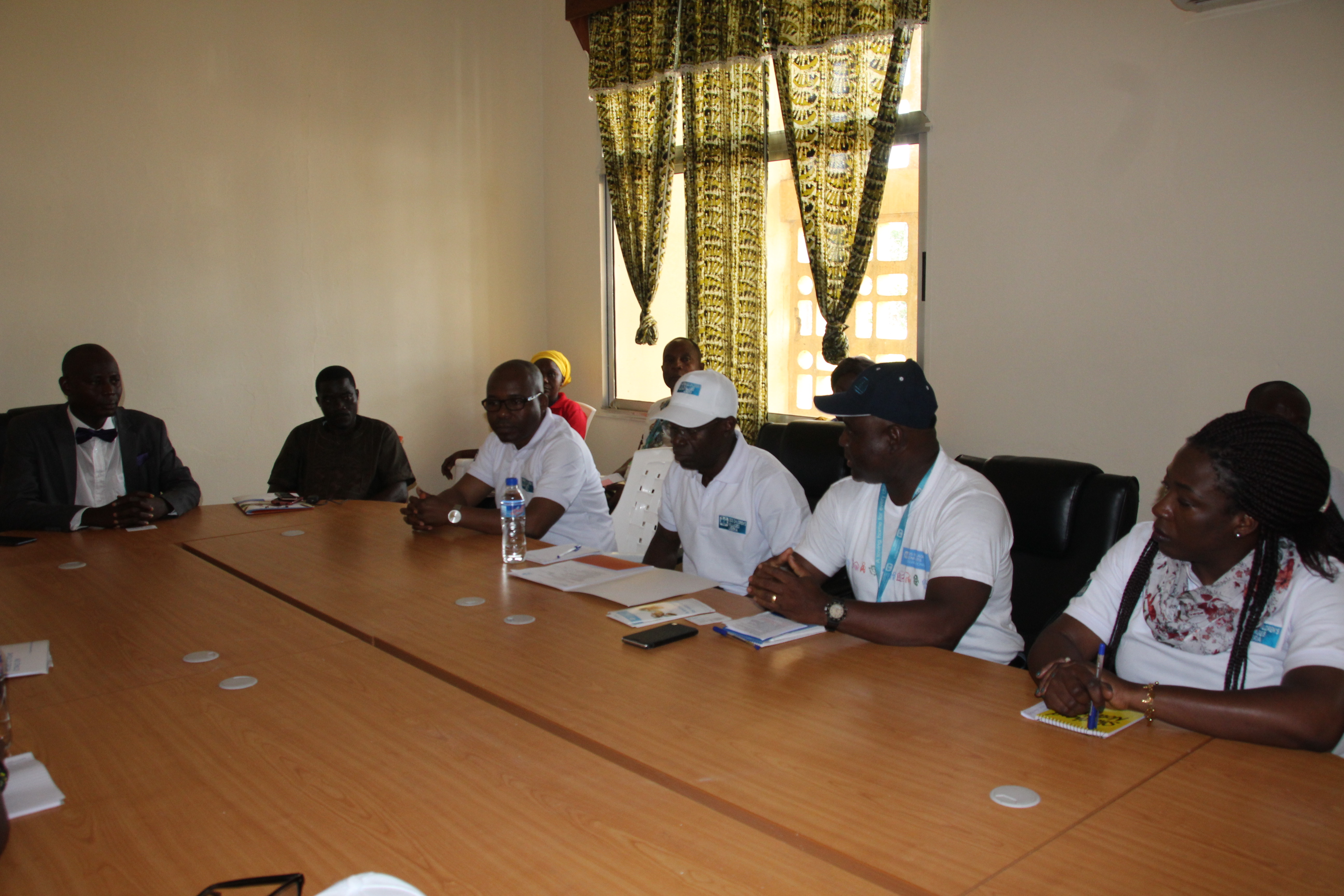 This was the first SOS high powered delegation since the needs assessment begun last year. The delegation met several key stakeholders in the county. The County Development Superintendent Mr. Flee A. Glay welcomed the delegation on behalf of his Team. The Team outlined some of the challenges faced the county, including, rape, substance abuse, logistics amongst other and  expressed the county willingness to work with SOS Children’s Villages to address some of these issues.

Mr. Glay noted “Grand Bassa is a place of hospitality, and Buchanan is where the hospitality begin.” Adding that SOS had programme in Buchanan, but since the close of the programme there have been some challenges for the county especially for the young people of Buchanan.

Mr. Glay’s Team and the SOS delegation discussed ways to address some of the challenges faced children in the County. The delegation also met with the Bassa Youth Caucus (BYC) as well as the county Health Coordinator. The Bassa Youth Caucus expressed challenges faced the young people ranging from lack of Library, lack of computer skills, substance abuse, high rate of HIV/AIDS in the county and unemployment.

“Though Grand Bassa is the host of one of the world’s leading Steels Company, but unemployment is high and the young people is proximately 70% of the population” Said Othello Coutowor President of the Bassa Youth Caucus. He noted we are looking forward to working with organizations that will build the capacity of young people and help address some of these challenges such as substance abuse, library, and capacity building amongst other.”

The meeting with Stephen James, Community Health Director was the next in line. Mr. James noted that the issues of health services delivery are major challenges for the Health Team. There are 34 health facilities in Grand Bassa, 25 are offering free basic health services, but because of the shortage of drugs many preferred going to private facilities like catholic, Methodist and others.

“The people sometimes preferred street peddler that sell drug from the bucket”. Adding because of the drugs shortage prescription are given to patients to buy their own drugs”.

He lamented that the education on sexual reproductive health and bad road condition are also challenges of the health Team.

To maintain one’s sexual and reproductive health, people need access to accurate information and the safe, effective, affordable and acceptable contraception method of their choice. They must be informed and empowered to protect themselves from sexually transmitted infections and when they decide to have children, women must have access to services that can help them have a fit pregnancy, safe delivery and heathy baby.

Mr. Allieu also informed the stakeholder about the mission of SOS Children’s Villages and noted “since 2000 SOS has been working in Grand Bassa, specifically in Juah Town in district #2.

On his part, Mr. Alassan Gomina, SOS Regional PD Advisor mentioned that “our work is to partner, and this is why we are here to solicit ideas and support”.

Ms. Eyram Atiase, SOS Support Advisor said “partnership is part of our work. We look forward to working with the county authority and other stakeholders to address some of the current challenges.