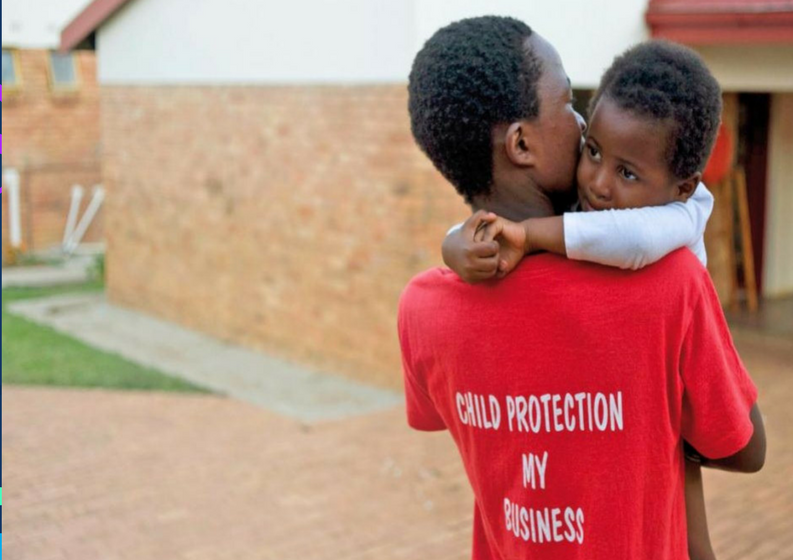 MONROVIA, July 11, 2019- Children experienced abuse in schools, on the street and in the community.  It can be both physical and psychological, often leaving a lasting impression on the victims.  Under the new child protection mechanism, SOS Children’s Villages Liberia will work closely with the communities, schools, child welfare committees amongst other to respond rapidly to child abuse.

There were estimated 462 sexual abuse cases that were reported in Liberia between January and April 2018 according to Ministry of Gender, Children & Social Protection (MoGCSP). At least five girls are sexually abused every day in Liberia according to MoGCSP. SOS Children’s Villages Liberia is working closely with the MoGCSP, the Liberia National Children’s Representative Forum as well as child protection networks for the protection of children in Liberia.

Though these mechanisms alone cannot address all of the challenges or challenge presented by social norms but the new initiative hope to raise public discussion on some of these issues and support a shift to improving methods of education and good parenting.

The Liberia Children’s Law, based on the UN Convention on the rights of the Child and the African Charter on Child Rights, was passed in 2012 by the government of Liberia. SOS Children’s Villages Liberia will support schools and communities through the establishment of child protection clubs, child welfare committees as well as Child Well-being Council that will spearhead, monitor and address child related abuses.

“We are working in collaboration with the government and other organizations to protect children in schools and everywhere,” says SOS Children’s Villages Liberia National Director, Mr. Augustine A. Allieu.

“With the launch of the new initiatives we hope to raise public awareness on child abuse, enhance skills on good parenting and strengthen community based child support mechanisms,” he added.

The initiative is align with SOS Care commitment 4 which gear towards ensuring safe environment for all children by implementing child safeguarding measures and procedures in line with child protection policy, international standards and best practices.

It also in line with the United Nations Sustainable Development Goal 16 which seeks to promote peaceful and inclusive society for sustainable development as well as access to justice. SOS Children’s Villages Liberia aimed at significantly reducing all forms of child abuse against Liberian children. Part of SOS Children’s Villages 2030 strategic initiatives is to form the world largest child-care movement.

The organization take action to amplify children voices and bring them to the forefront of policy and decision-making, working with states and partners to help ensure that children are protected, cared for and empowered and that their rights are respected.

SOS Children’s Villages Liberia launched of the new Initiative came at the time, when sexual abuse and violent acts against children is at a frequency that is troubling.

Harsh treatment is also largely widespread in Liberia, especially within the communities and in schools and perpetrators are hardly punished. Children find themselves in stressful and potentially dangerous situations without any means of defense.

In October 2018, the government of Liberia mandated a local board to look into reports of alleged widespread sexual abuse by the co-founder of the “More Than Me” academic in Monrovia. Some students were infected with HIV/AIDS as a result of the alleged abuse.

On the other hand, global statistics reflect 95,000 children are murdered a year – 70% of them boys and 15 million adolescent girls report experiencing forced sex according to the new report produced by the Joining Forces Alliance — an alliance of six leading child-focused organizations. The report makes the case for a new era of commitment for children.

“There has been remarkable progress for children since the adoption of the Convention on the Rights of the Child, but we cannot overlook the millions who have been left behind,” said Dr. Meg Gardinier, Chair of the Joining Forces CEO Oversight Committee.

Dr. Meg Gardinier noted, it is the most vulnerable children the world overlooks – those facing extreme poverty, the young living in fragile states, refugees, and children with disabilities. When it comes to translating commitments into lasting change, we have fallen short and we must do better. This is a moral, legal and economic failure that the world can ill afford.