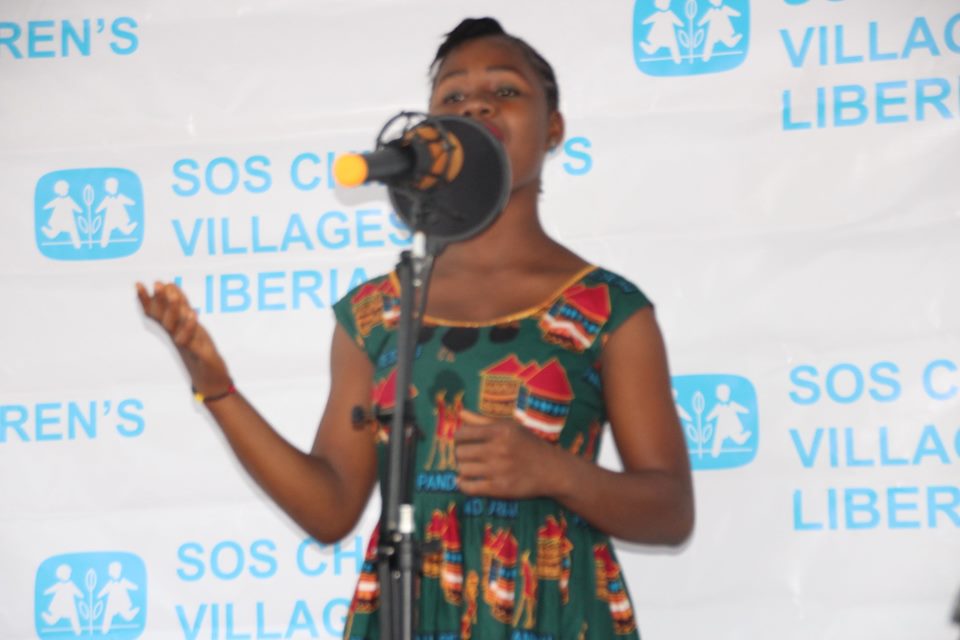 Music is the language of the soul and it is expressed in the form of lyrics. The flow of the lyrics and beats inspire listeners whenever a music is played. Music possesses the pedigree of a soul-touching lyrics.

For Kou, music is not just a career but lyrics that you use to express your inner feelings about yourself and the people around you. Kou is a young lady who is brewing a career in music.

She recently participated in an SOS Fine Arts competition organized by the Hermann-Gmeiner Funds Deutschland. In her Fine Arts project, she featured two tracks. They tell the story of underprivileged children and at the same time expressed gratitude to those who care for the less fortunate.

In her project’s song, the 14 year-old believes that children stand the chance to succeed in life if everyone around the world will lift their voices and stand up for them. “It does not matter where they are from, they are human and they are the world’s children,” says Kou.

She maintained that children are growing up everywhere around the world in desperate situations. Society has turned a blind eye on underprivileged children. In her lyrics she said “there is so much pain in poverty.”  She pleaded to society to support initiatives that will improve the lives of children.

Kou said children without adequate parental care need family and a loving home. She noted that there is special joy within you when you give to people in need. Kou expressed her gratitude to SOS Children’s Villages Liberia for the level of support she had received and continues until now. Her encountered with SOS Children’s Villages Liberia nine years ago was a significant game changer. As the result of her outstanding performance in the Fine Arts competition, she was offered a grant to attend a musical school of her choice in the Liberia

SOS Children’s Villages Liberia National Director, Mr. Augustine Allieu expressed his gratitude to Kou and all those who supported her during her Fine Arts project. He said it is important to create the platform for young people and give them the necessary support. Presenting a certificate of participation and SOS Fine Arts Grant certificate, Mr. Allieu noted “We are really proud of you. This is the beginning, you can be a great star. Be focused and work hard.”

The Mother of Kou who was part of the presentation ceremony, thanked SOS Children’s Villages Liberia for the numerous support to their daughter. “We are so appreciative of your support and very hopeful for the future,” she added.

“I am so glad that she is developing. I’m also honored and proud to be part of the team that is working with her. It made me feel so good. I realized that one of my responsibilities was to inspire her,” says Kou’s Music teacher.

It was on the last day, on 31st August this year that the team working on Kou’s project (supported by SOS Liberia National Director) gathered that morning to work on the final recording and production of the project. For a solid hit, the team work the entire day to submit the final work. Mr. Allieu managed the team and kept them busy until the last minute, Kou on her part rose to the occasion and was able to do something that is too rare for many children growing up. The work done by the team couple with Kou’s hard work awarded her certificate and a special grant of 1,000 Euro.

In a letter from the head of the jury, addressed to Kou; Dr. Vyslozil thanked Kou for her participation and appreciated her for sharing her talents with the jury. “Kou’s efforts, artistic talent, passion and hard work deserve commendation.  Our warmest congratulations to Kou on a job well done!” says Dr. Vyslozil.

About the Fine Arts:

The fine arts Grant was born out of SOS HGFD’s jubilee campaign for children’s right to a family: under the banner #GiveKidsAVoice. It was specifically designed to recognise and support young people who are creative and talented by giving them a voice and opportunity to express themselves creatively. The project futures young people between the ages of 14 and 20 year from nineteen countries including Colombia, Bolivia, Liberia, Lebanon, Venezuela, Vietnam amongst others.